Get to Know the Neighborhoods of Riverside County, CA

In this sunny suburb of SoCal, where the average temperature is a balmy 79 degrees, you have the best of both worlds with the mountains and beaches within driving distance. On the outskirts of the Los Angeles metropolitan area lies Riverside County, a huge area made up of 26 different neighborhoods and over 2.4 million people county-wide.

This is a community-oriented area focused on family and quality of life. And with a job growth projection of 38.7% in the next ten years, it’s predicted to surpass the average growth rate for the entire country which is 33.5%.

Compared to the commute situation in LA which was voted as the most stressful commute in the US in 2017, Riverside has a better average commute time which is 53 minutes.

Moreover, it’s a central location to several attractions in South California. With only a few hours of driving, you can visit Disneyland in Anaheim, enjoy wine tasting at Temecula, or hike at the San Bernardino Mountains.

While the children are sent to the district’s highly-rated schools, parents enjoy positions with top employers in town such as Pacific Bell, Kaiser Permanente, and HUB International Insurance Services, in addition to local government and utilities­. The UCPath Center is a top employer especially welcoming to new transplants.

In recent data from Safewise.com, four of the cities we’ve listed down below were among the top 100 safest cities in California for 2021, namely Murrieta, Eastvale, Corona, and Temecula.

With lower crime rates, more affordable neighborhoods, and great accessibility, it’s reason enough to begin packing now. But even better? The cost of living and median home cost is 30.2% and 68% lower, respectively, than in Los Angeles.

Let’s get to know the neighborhoods of Riverside County. 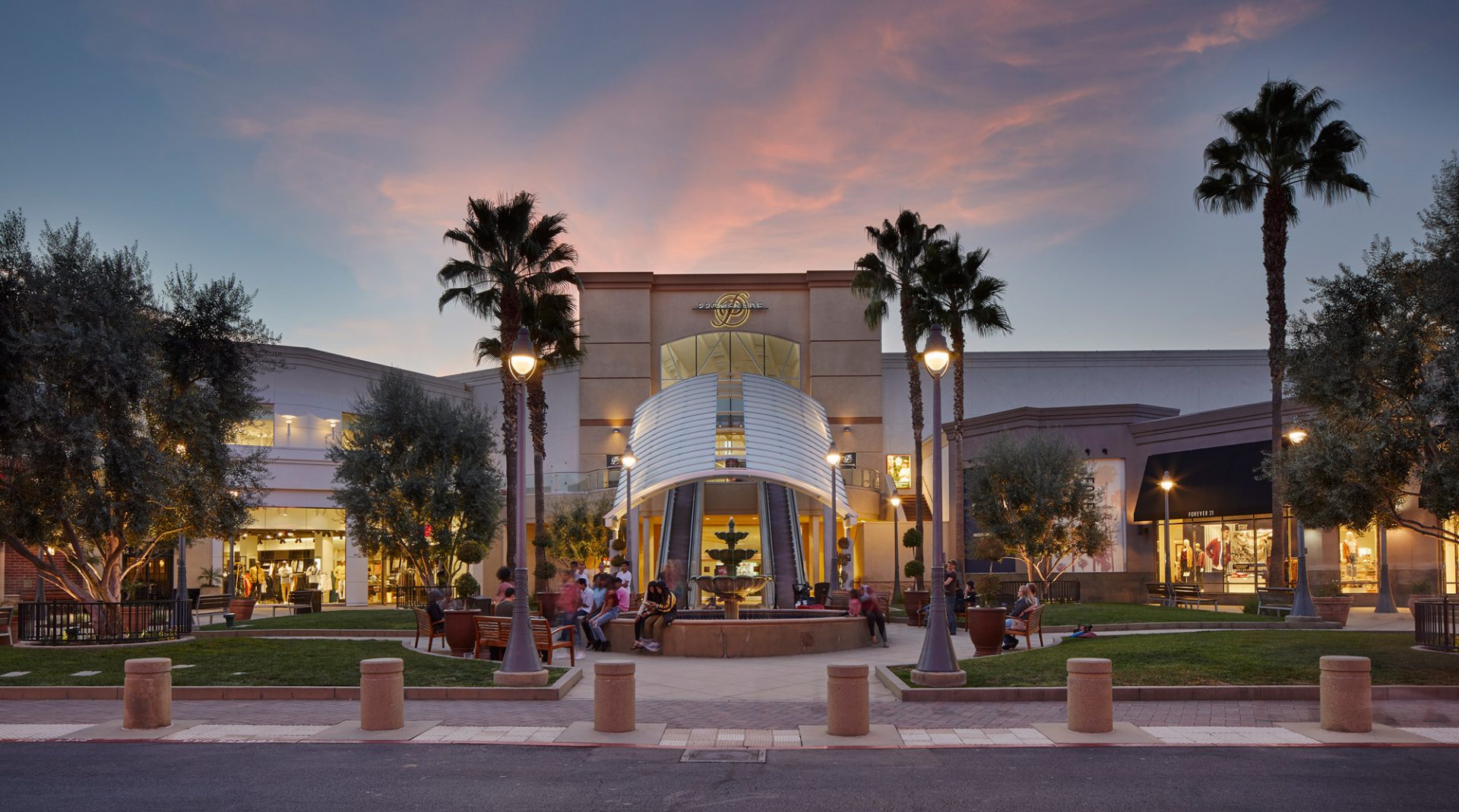 Voted best place to live in Riverside County by Niche, this popular suburban area always seems to land within the top 50 in the country for best public schools and outdoor activities. It was also voted the best place to raise a family.

It is occupied mostly by homeowners, with only 35% of residents renting. The median rent falls around $1,856, while the median home value is $444,800. The schools are all highly rated, but the high schools really shine with multiple awards and recognition for their curriculum. 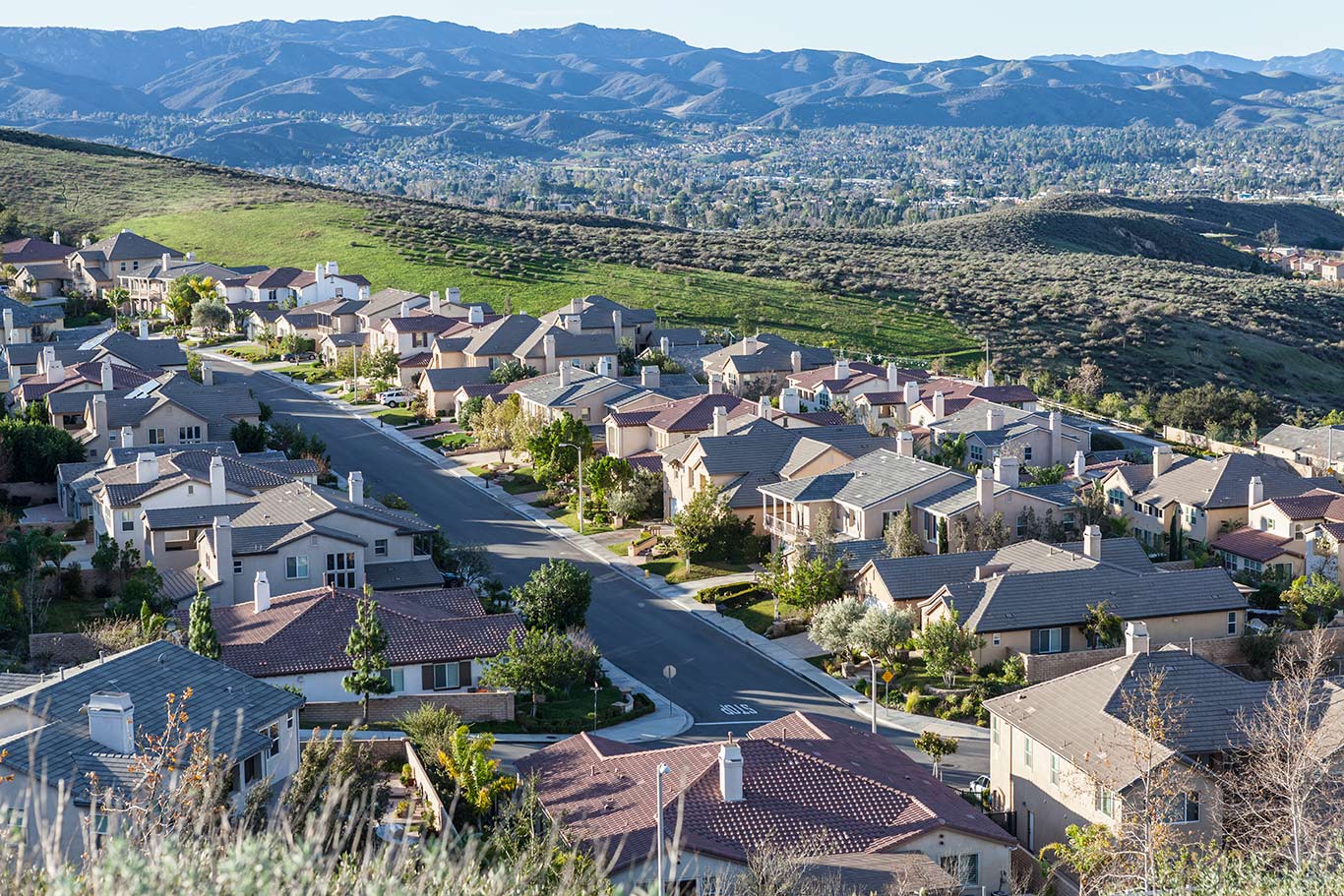 Very similar to Temecula is nearby Murrieta, voted the 2nd best place to live by Niche with 66% of its residents homeowners. Homes and rent are a little more affordable here, with the median home value at $414,100 and the median rent is $1,761.

Therefore, Murrieta welcomes a younger demographic, with the average Murrieta resident over four years younger than the state average. The city also boasts top public schools, with the high schools and elementary schools among the top rated. 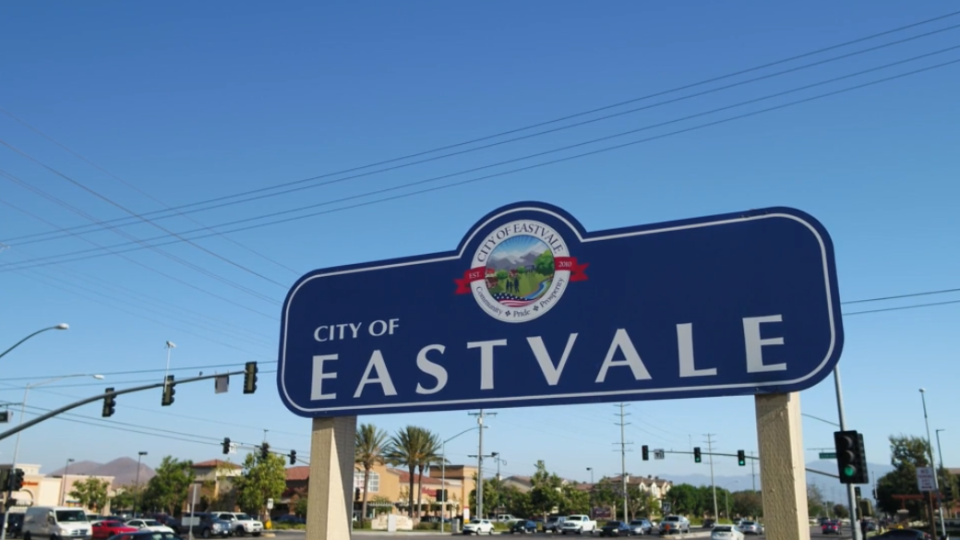 Money has awarded Eastvale #17th on their Best Places to Live ranking, and it’s not hard to see why. This is a more upscale area, and one of the newest cities in the Riverside area. Niche shows the median home value is about $574,5000, while rent skyrockets up to $2,623. Properties in town are 77% owner-occupied, and it’s a quiet suburb full of commuters.

With a good job growth potential, city officials only expect its popularity – and values – to continue to flourish in the coming years. 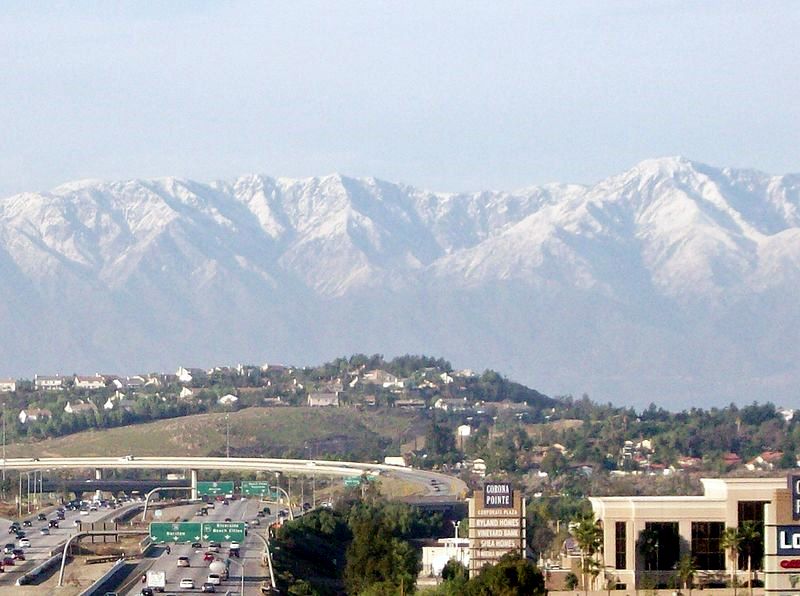 Southeast to Los Angeles is Corona, formerly known as the “Lemon Capital of the World.” It’s one of the more expensive areas within Riverside County, with the average home priced around $467,000, and the average rent at $1,641. As a result, more people rent here – 36% to be exact.

It’s a city that loves the outdoors with over 394 acres of parks, fields, and recreational space. It’s also diverse, with both families and millennials making it their home. More impressively, Corona expects a job surge of over 41% in the coming decade.

If you’re looking to rent, this little community could be a perfect fit for you, with over 37% of residents renting their homes. Located within the Coachella Valley, it’s an area known for its tourism and hospitality, with more and more people making this winter hotspot their home year-round. It’s much better to buy here, with the average home around $350,400 and rent averaging $1,319.

And, with the First Weekend program featuring special events in town each month, there is plenty to keep the entire family entertained! 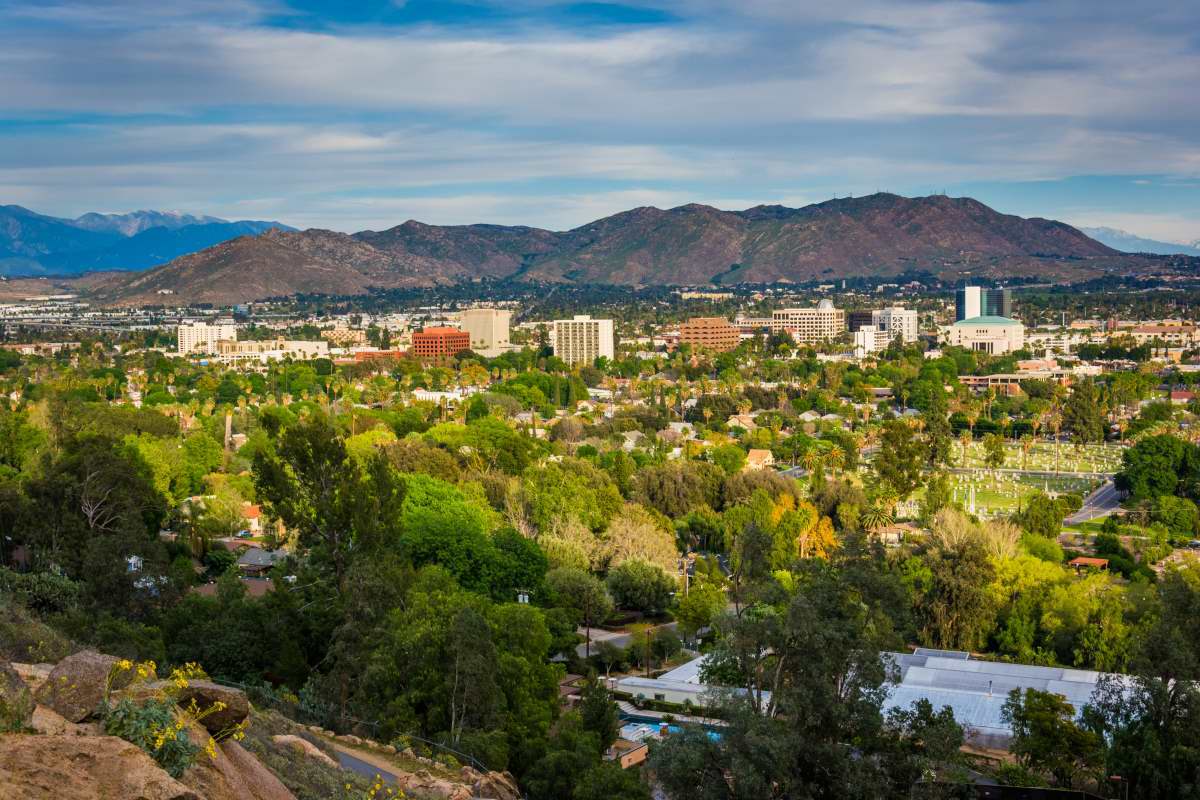 This newer community for young professionals and families, nestled within southeast Riverside. The median resident is only 33, and yet the average income tops $115,281. This is a place where people come to settle, with more than 85% of residential properties owner-occupied. Homes average around $484,857 and are mostly single-family homes.

Orangecrest has developed a reputation for their fantastic schools, as well. Several schools, from elementary to high school, are all rated 9/10 by Great Schools. 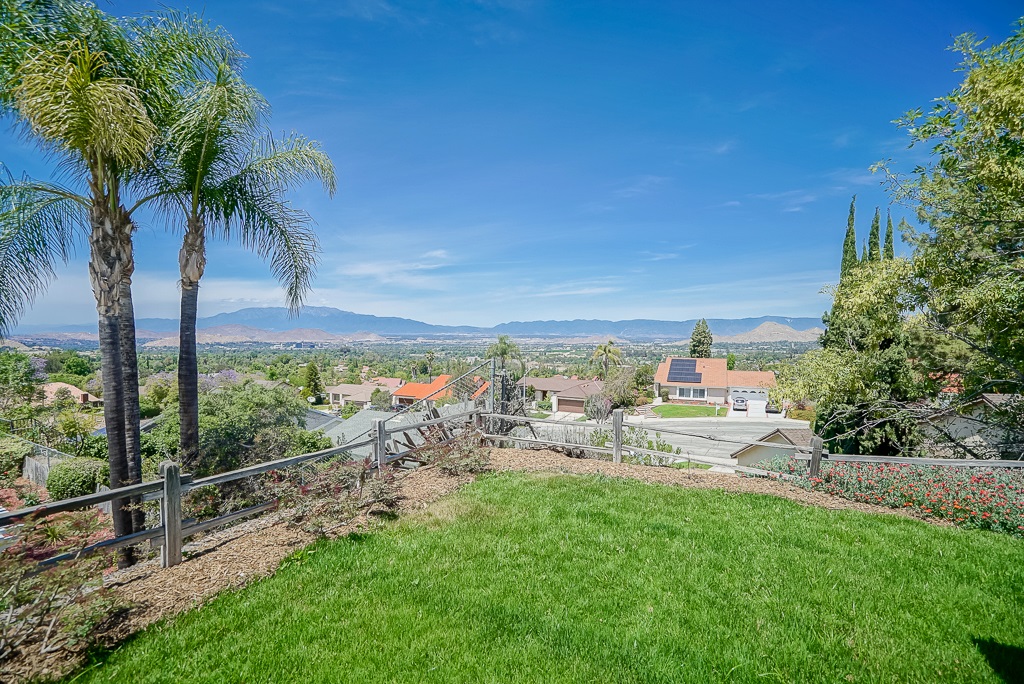 Canyon Crest is one of the busiest neighborhoods in Riverside County and one of the most culturally diverse. The average resident is around 38 and makes about $109,778 a year. About 58% of residents are homeowners, with the average home at $461,413 and rent around $1,962.

It’s definitely on the pricier end of Riverside County, but its academics are outstanding with a strong emphasis on math and science. Canyon Crest Towne Centre continues to be a draw for shopping and dining, and the city continues to develop plans for the acres of open fields, both developed and undeveloped, within the city limits.

It may feel overwhelming to choose a neighborhood in Riverside County, but don’t fear. With its 26 neighborhoods, there’s one that’s sure to fit every need and every family.

Most important is the quality of life that Riverside County offers. This is a place where new construction meets historic properties, offering something to suit every style and need.

These beautiful neighborhoods of Riverside County are more affordable than other California communities. Young families love the highly-rated schools that accompany the affordable housing, and with so much growth projected for the coming years, it’s a decision that’s fiscally and professionally sound.