How Student Loans and Debt Influence the Affordable Housing Crisis

The financial crisis is now a decade behind us. But at least one consequence persists, a pile of student debt. Since the 2008 recession, student debt has grown from 5 percent to 30 percent of all household debt.

Relative to national income, student debt has increased five-fold: This isn’t because a lot more people suddenly decided to go to school. U.S. college enrollment rose 4 percent from 16.4 million in 2008 to 17 million in 2018. 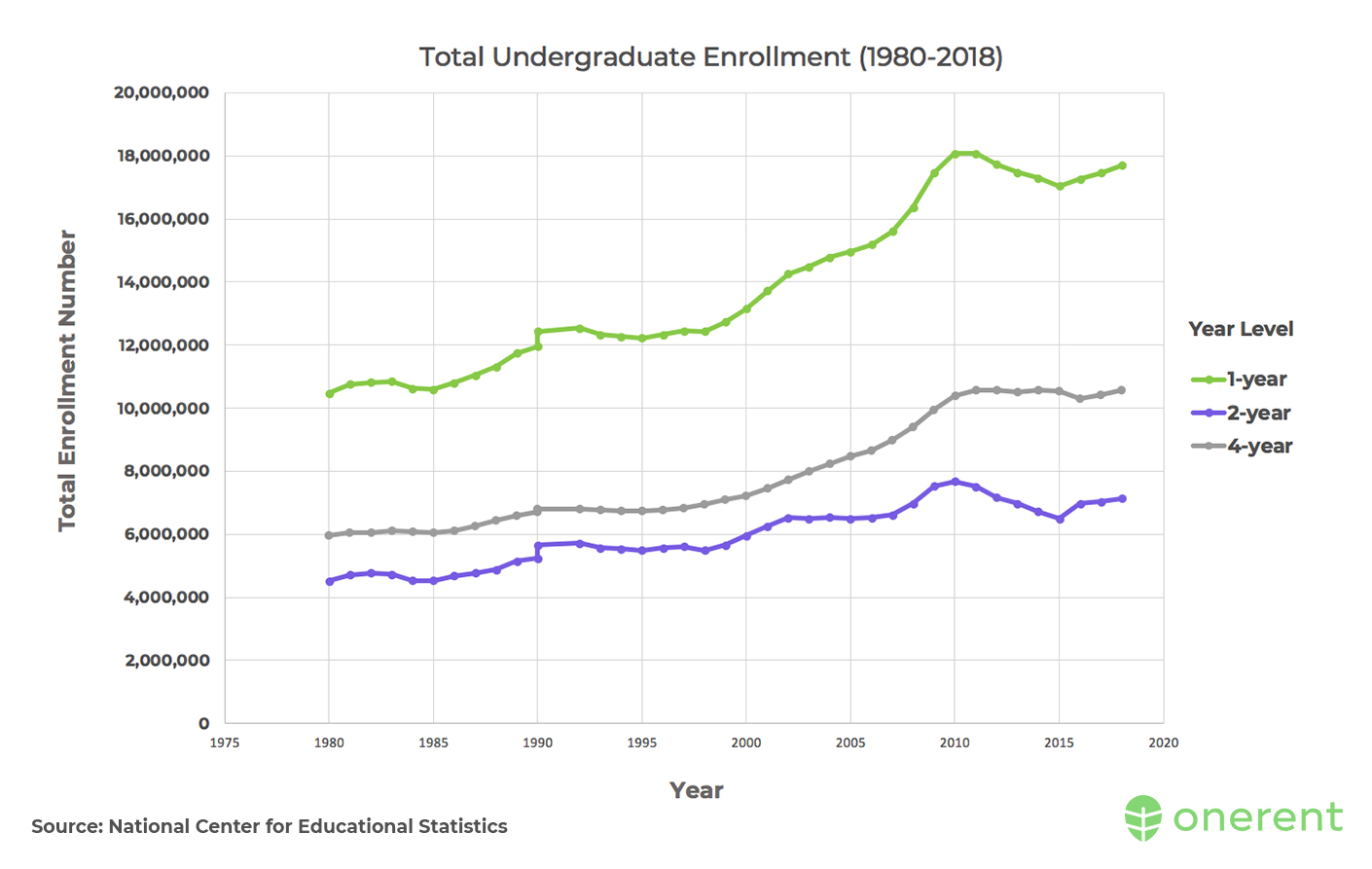 What accounts for the change in debt?

The fall in housing prices forced students to take out more loans to fund their education. A recent research presented at the American Economic Association meeting proves it. Higher education is an increasingly critical step on the ladder to a middle-class lifestyle. Changes in home prices affected borrowing. Researchers found that people tend to borrow money against their houses to fund their kids’ education. On average, a household with a kid in college will extract $3,000 more in home equity. Naturally, when this source gets shut off, either the kids have to drop out or they have to find another way to pay. That, naturally, means student loans. Economists estimate that every $1 drop in home equity loans due to a drop in a house’s price leads to 40 to 60 cents more in student borrowing. Housing prices, they found, are a much more important predictor of student borrowing than other economic conditions such as the state of the local labor market. Young people who went to school during and just after the recession borrowed more because their parents lost the ability to support them. They also were less able to pay their loans back after graduation due to the weak labor market that persisted for years after the crisis. Millennials burdened with student debt have not given up on the American Dream. They have just postponed it. With rent accounting for a major chunk of expense, there is no savings left for a home. Finding affordable rental housing is also a big challenge for students. According to US Department of Housing and Urban Development, many college students struggle to find adequate, affordable housing options near their campus. At least 56,000 college students are homeless. Some take steps in solving the crisis while others are still clueless about the solution.

Poplar Homes was founded in March, 2014 by a group of Santa Clara University students after going through an experience like Hunger Games trying to find off-campus housing. Instead of complaining, they came up with a solution to help fellow students find off campus housing. The early days of Poplar Homes started out in a garage. The co-founders raised the company from the ground up and started the business with just $8000 of their own money. In under 6 months, they were already servicing 90% of the market of student-housing off-campus at Santa Clara University.  Soon enough, they expanded into the wider real estate market after finding it to be unbelievably outdated and fragmented. Fast forward June 2018, the company has operations in 75 cities in 4 states- SF Bay Area, Seattle, San Diego and Los Angeles.

Are you facing the affordable housing crisis?

Say, you’re renting now but planning to eventually buy a home, burning 35 to 50 percent of your income each month on rent does not always feel like the best way to save for your future. In a traditional rental situation, you will never see a penny of your rent come back. Instead of building equity in a home you own, you get short-term convenience at a steep price. Strategies such as re-evaluating your personal finance budget, cutting spending on miscellaneous items such as another online video streaming service, or applying for rent-to-own programs can put you in a better position for homeownership in the future. One rent-to-own program, Poplar Street allows renters to earn back 20 percent of each month’s rent for a future home purchase.

Students can now start redeeming their “Poplar Home Savings” credit each month just by renting a Poplar home. With Poplar “home savings credit”, rent now is not just an expense, rather it becomes an investment towards the future. By saving part of your rent for a future home purchase, you get the convenience of renting plus the tools to build equity in your future home purchase.

Start saving for your dream home

Move into a Poplar Home and earn back 20% monthly rent for a future home.

Samuel Moses was a Marketing Communications Specialist at Onerent, creating content that helped generate leads and build our brand.