Renting vs Selling a Home in Santa Cruz, CA

Renters and buyers alike, frustrated by the serious inventory shortage in the growing California community of Santa Cruz, are shelling out for record high home prices, and there is no indication that the growth will slow anytime soon. In Santa Cruz, the housing affordability index shows just 12% of residents able to purchase a home.

That presents an interesting and important question to property holders within the Santa Cruz community:

Is it fiscally smarter to rent or sell my property?

To answer that question, let’s first examine both the rental and sales market for Santa Cruz, California properties.

The Santa Cruz Sentinel also reported a sharp decrease in home building, figuring “an average of 85,000 homes are built per year when 165,000 homes are needed to keep pace with growth.”

The lack of additional housing has led to this crisis, but why the sudden population growth?

That’s resulted in a serious inventory shortage, with Realtor.com reporting the median rent at $3,190. In fact, in our recent article, we studied the rental market of Santa Cruz in greater detail, noting that rent can run from $1,600 all the way up to $6,000 per month.

However, Costa-Hawkins, termed Proposition 10 on the state ballot, was a failed ballot measure that could have deeply affect renters, providing for rent control on every California rental property, regardless of size or type. This is another reason new building has stalled, as developers waited for the outcome of this measure.

Save over 60% on leasing services in Santa Cruz

Another important consideration is that as a homeowner, you need to be prepared to manage and maintain the home from renters who may not treat your home as well as you did. There are indeed costs associated with renting, such as property management costs, but with the sky-high rental costs, it is not necessarily a financial drawback having to tend to minor rental issues.

Status of the Current Sales Market in Santa Cruz

In April, the Santa Cruz Sentinel splashed a different headline, highlighting the median home price of $935,100, a new record. “That trend has persisted for more than five years as once-plentiful bank-owned properties are few and homeowners stay rather than sell,” Gumz wrote. 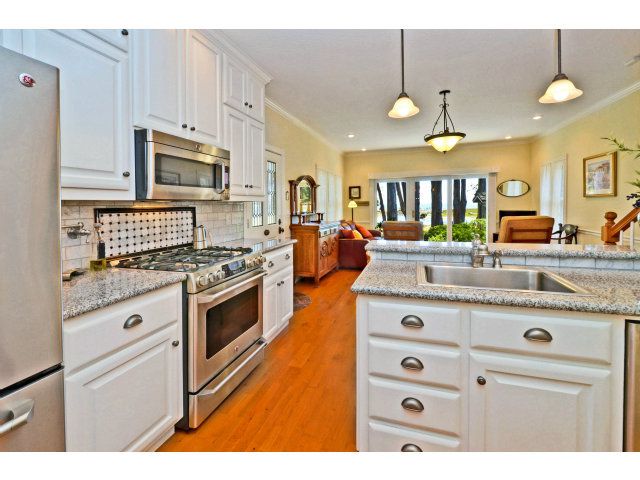 Part of the serious price increases in Santa Cruz home property is due to the shrunken market. Buyers and renters don’t have the luxury of being picky – when a property hits the market, it will NOT last long, sometimes with just a 24-48-hour turnaround.

There are just 320 active listings to cover more than 12 square miles of buyers and renters alike.

Gumz explains, “Millennials age 37 and younger are the biggest group of home buyers nationwide but in Santa Cruz County and statewide, there is little for them to buy – 533 listings in July vs. 1,300 a decade ago.”

Meanwhile, property owners are in no rush to sell. With incredible property increases over the last few decades and the introduction of Proposition 13, there is no reason to.

Proposition 13 is a special measure which limits annual tax increases to just two percent. Right now, these long-time homeowners have locked in tax rates on a decades-old home purchase price of say $300,000. If that homeowner were to sell, not only would they be looking at exorbitant prices for their new home, usually topping $1 million, but they would also now have to pay taxes according to this new increased purchase price, which is roughly $20,000 compared to the $6,000 they were paying before.

So, instead, homeowners have been making money just living in their homes and letting the market explode over the years.

This could make a huge difference in the inventory of the California housing market, to include Santa Cruz.

We’ll show your home 7 days a week, so you don’t have to.

The decision to sell or rent your property largely depends on your individual situation – some homeowners simply cannot afford to keep one property when they are trying to purchase another.

However, for those open to investment opportunities, there is much to be gained from renting.

For one, you continue to enjoy lower tax assessments on the property while the diminutive rental market offers you growing rental prices each year. And without Proposition 5 or 10 in effect, the market is teeming with renters, and you have no restrictions with regards to rent control.

It’s also important to thoroughly discuss your options with a tax advisor to ensure you understand the financial implications of renting versus selling, as well as whether it is more fiscally beneficial for you to self-manage the rental or contract a professional company. This could become the deciding factor for you.

With property values on the rise, it makes more sense to rent your property in Santa Cruz, as selling will clearly be an option for quite some time and will allow your property to continue to increase in value. Finding a renter will not be a problem, given the serious inventory shortages. And with Poplar Homes’ integrated platform, you can handle the entire renting process from start to finish, to include renter screening and applications to property management selection and contracting.