“San Jose tech is like so not San Francisco tech.”

This could very well be a quote from Russ Hanamen on HBO’s Silicon Valley and it encapsulates a bit more of the absurdity of the Bay Area at times.

However, the times are a-changin’ in San Jose and Silicon Valley truly does still have the “sizzle” according to the Index 2016 Report from Joint Venture. The city that accounts for 33.9% of Silicon Valley’s population is growing quickly and supports the entire Valley’s continued growth. Silicon Valley job growth was 4.3% in 2015 and over 64,000 new jobs were added. SF only added 30,000 new jobs. Compare this to just six years ago when job growth was negative at -1.3% for the Valley.

Anyways, enough of the facts. The point is that regardless of all the “bubble fervor” cascading down on this dry valley, it’s still a hot place to be and at Onerent (now Poplar Homes) we were thrilled when we had the opportunity to continue our San Jose presence with a brand new office in the SoFa district of downtown SJ!

Onerent now occupies around 14,000-square feet of the 20,185-sqft space and we were lucky enough to close this lease under the guidance of Wayne Kumagai, an Executive Managing Director at Newmark Cornish & Carey (and Onerent seed investor),

“This lease represents one of the largest in 2016 for Downtown San Jose so far, and is an indicator of the area’s increasing attraction for successful startup companies.” – Wayne Kumagi

The whole office came in a plug-and-play style, meaning all the furniture, wiring, and setup all came ready to go on day one.

And here’s the real icing on top: it’s at San Jose costs, not San Francisco ones.

Here are some shots of the office and team in action: 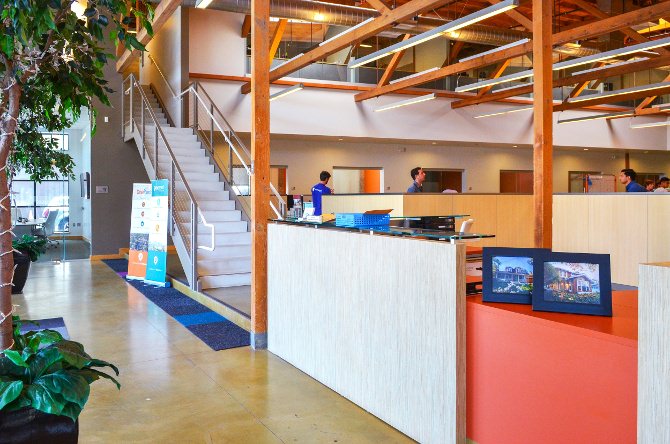 The entrance to 505 S Market St 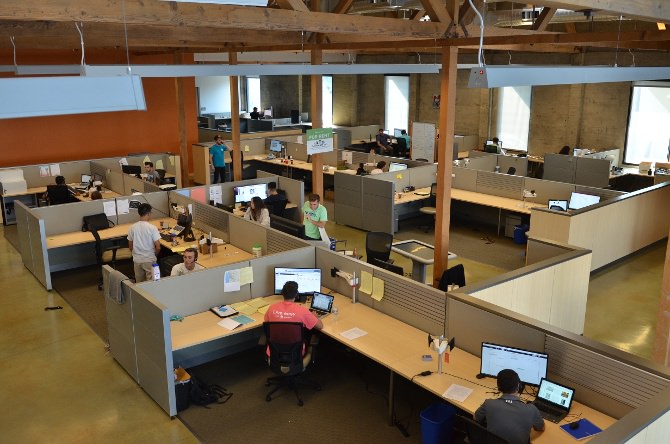 The office building is two levels, we occupy the first one and the super high ceilings plus natural light are definitely the best features. 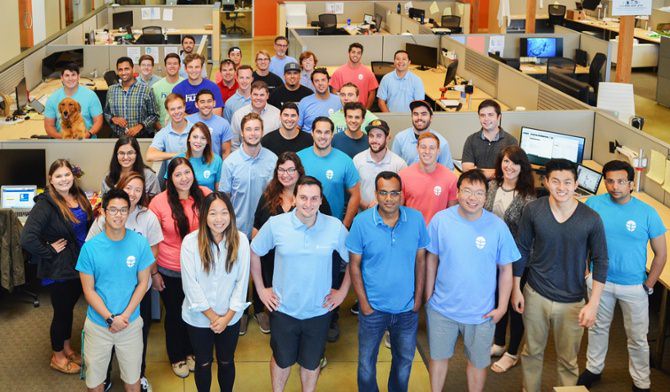 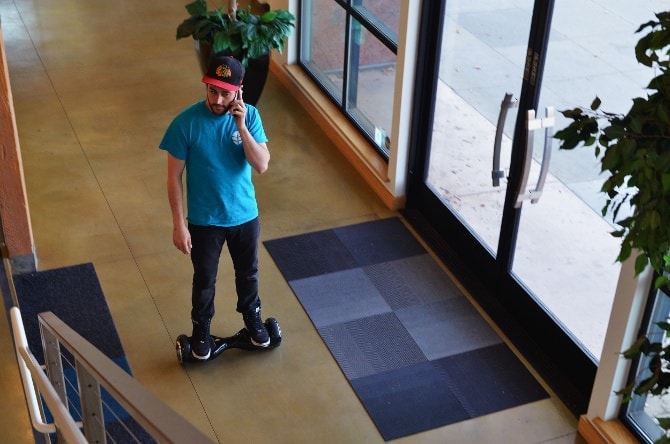 The location is unique for not only its square footage, but its history as well. First the old Eagle Auto Manufacturing showroom in the 20s and then a carpet store in the 60s, the space was converted to an office in 2011 when architecture firm, BCA Architects, decided to move their headquarters to San Jose. Instead of entirely demolishing the property, BCA chose to keep the majority of its features in tact as an ode to its unique history. Four massive skylights and wooden beams line the roof of the open space, both qualities of the building’s interior that were uncovered during BCA’s redesign.

We’re excited for the potential of San Jose and this new home provides ample space to grow into as our team expands. If you like the look of this spot, check out our job openings and maybe you too will find yourself hoverboarding around 505 S Market soon enough. 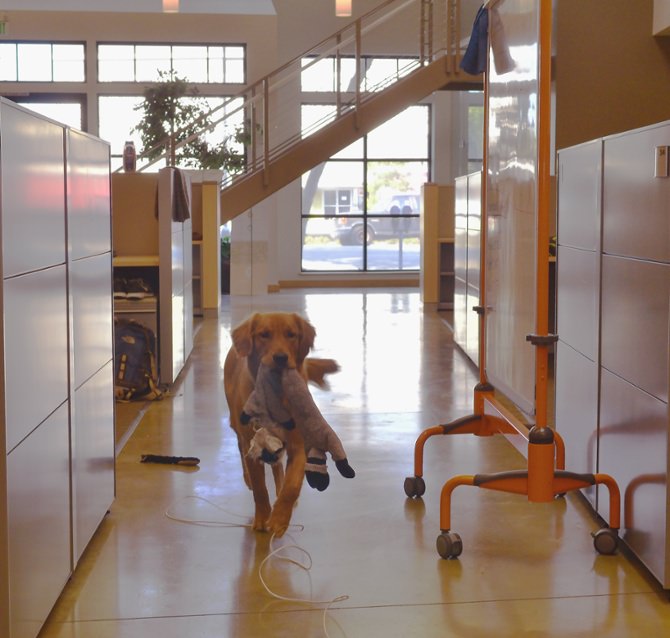 Chuck Hattemer is the Co-founder and CMO at Poplar Homes, a technology-enabled property management service based in the San Francisco Bay Area. Chuck leads the growth side of the business, focusing on acquiring an inventory of single-family and small multifamily investment properties for management. Chuck and team have scaled Poplar Homes from 0 to over 1,200 properties under management in under two years, focusing on integrating technology and specialized, distributed teams to achieve growth and efficiency unparalleled in the industry today.